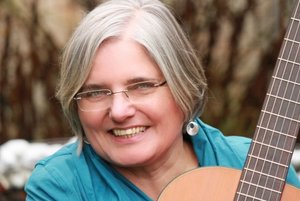 When ‘Andalucían Mysteries’ had been published in 2013, we thought about having it translated into German because of the large number of German residents in Spain.

We asked a German friend of ours in Germany, Martin Reimer, if he knew anyone who would be interested in doing this, and he came up with Heike.

We have never actually met her but carried out the whole process through emails, and Martin was kind enough to do all the formatting so I just had to submit it to amazon for publishing.

“Heike Vajen is a professional musician who lives near Hamburg. Friends recommended John Hardy´s books to her which she enjoyed reading. After having read them she was then asked to translate the first volume of the 'Andalucían Mysteries' into German. She spends most of her holidays in England each year and has a great love of England and all things English. She is also a skilled water colour artist and has her own website www.heike-vajen.de where you can see some of her pictures.”

Obviously, living in Spain, we wanted ‘Andalucían Mysteries’ to be published in Spanish. This proved more difficult than we had expected, and the first person who had agreed to do it, and had made a start, then had to withdraw due to personal reasons. It was first translated by Janice Onwuzor, but was then revised and corrected in 2017 by Isabel Pérez.

"I was born in Sedella 32 years ago, and I still live in this beautiful village with my partner and two sons. I studied administration and finance in Málaga, and besides enjoying spending time with my family, I like music and reading. In 2014, after ‘Andalucían Mysteries’ was published, I was going to translate it into Spanish, but with the birth of my son I didn’t have enough time. In 2016 I revised and corrected the original edition, and ‘Misterios de Andalucía’ was republished in 2017. It was a pleasure to do it and I really enjoyed the book."

The second book, ‘More Andalucían Mysteries’ was published in 2014 and we hadn’t planned to have this one translated into German or Spanish at this time.

However, the newspaper ‘SurDeutsch’ published a feature on the first German book, including a bit about the second book being available in English but not German,  and Ursula got in touch with us, and volunteered to translate it. We had some teething problems due to the technology involved of formatting the book to amazon’s standards, but thanks to Martin Reimer in Germany (and a two hour tutorial over the phone) we managed to sort those out. Again this was done without meeting up although we later met Ursula in Málaga.

“I was born in Dresden (in 1942), and grew up in Bremen. Language studies in England and France. Travelling around the world as flight attendant with major german airline. Married, two sons. Lived in Thailand, Indonesia and Saudi Arabia during several years. Since 1996 I have lived in Spain and Germany.  My passions are my family and friends, the preservation of the environment, protection of animals , art and bookbinding, the lyrics of Juan Ramón Jiménez and the joy of living on this planet.”

David runs a language school in Jerez de la Frontera, and after receiving an email from me publicising all John's books, volunteered to translate the second book into Spanish. At the time of writing, we haven't actually met, but communicated through emails.

Here is his biography:

“I was born in Jerez (in 1973), and grew up there as well. My degree is PhD in Hispanic Philology. I've been working as a teacher of Spanish for foreigners since 2005. I also work as a music journalist and travel all over Spain to cover rock music festivals and concerts. I´ve travelled all through Europe, United States and Mexico. Now I also run a content writing web in Spanish. My passions are travelling, reading, swimming and listening to music”. 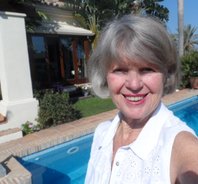