I was born in the (then) small seaside village of Marske-by-the-Sea to the south of Middlesbrough in Cleveland, North Yorkshire where my father was the village plumber and my mother kept a hardware shop. After attending the village junior school, I became a student at Sir William Turner Grammar School, Coatham, Redcar. At sixteen after passing the school certificate, the precursor to ´O´ levels, I became a trainee Quantity Surveyor. Over the next 21 years I worked as a Chartered Quantity Surveyor for both private QS firms and local authorities in Durham, North Yorkshire, Norwich and Essex.

In 1953, after moving down to Essex from Yorkshire with my job, I was taken to the Othona Community at Bradwell-on-Sea. I became a regular visitor, met my first wife Sylvia there and over the next fifteen years I stayed every summer with the family. Then in the summer of 1969 I had what was my worst holiday ever at Othona. The camp was in the process of moving from the old field to the new, with the huts up but some still to finish. The weather was poor and the numbers in camp low, as they had apparently been all that season. Norman Motley was ill and unable to stay long at the camp, I saw him just twice during that week, there was no speaker and things just drifted. On one of his visits Norman, in very low spirits, told me that he was going to have to close the community down. He asked if I could move nearer and help more. And so we decided to do just that.

By February of 1970, I had moved to Chelmsford and was at the camp every summer after that until 1979. I got a job as a lecturer in Construction and Building Economics at the, then, Mid Essex technical College in Chelmsford. The college has gone through several changes of name and is now Anglia Ruskin University. During my time at the college I led a team which developed first a diploma and then a degree in Quantity Surveying.

1979 saw a big change in my life when I met my present wife Wendy, a Speech and Language Therapist. Early in our relationship I became Warden of the College Hall of Residence in Chelmsford, where we lived for two years.

In the 1980’s I trained as a Homoeopath with the Association of Natural Medicine in Witham, Essex. During my time in Essex I served on the Governing Council of the ANM, becoming its chairman under Nelson Brunton, its founder and president.

In 1986 I left the college to take up a career in natural medicine, also qualifying in Acupuncture and Massage. During this time I wrote several articles on natural medicine for the Association’s journal.

In 1989 I moved with Wendy to Cumbria, where I continued to practise natural medicine and we opened a wholefood vegetarian guest house and restaurant. Wendy continued her career as a speech and language therapist whilst I ran the guest house.

For many years I had a growing interest in Spain and its history, inspired by such writers as Gerald Brennan and Laurie Lee, but as a socialist would not visit it during the time of Franco. Then just a couple of years before his death things began to change in Spain, and I also met 3 Spaniards from Bilbao at the Othona Community when I was helping to run it, and made my first trip to Spain to visit them. After that first holiday I made several visits with my family, alone and then with Wendy. Once Wendy and I did a week long pony trek in the Alpujarras, our first taste of rural Andalucía. A couple of years later, we decided to move to Spain and started house hunting.

In 1994 we moved to Sedella, a small mountain pueblo blanco, white village, in the Axarquía in southern Spain. Since then, in my retirement, I have from time to time continued practising natural medicine, done sundry building work around the finca and taken up writing. Wendy, who is almost fluent in Spanish, is very active in the local village life and plays flute, piccolo and alto saxophone in two municipal village bands, Sedella itself  and Salares, the next village along the mountain road.

During my years in England I was active in the Scouting movement, an interest continued by my daughter who now runs the scout troop in Navestock, Essex. Also when living in Northallerton, Yorkshire I was very active in the Labour Party, becoming the secretary of the local party.

During my time as a lecturer, as mentioned earlier I helped to run the Othona Community at Bradwell-on-Sea, Essex, under its founder and then leader Norman Motley. In those days the community was only open during the holiday periods. It was during my time there that the community became an all year round venture under the guidance of Colin Hodgetts, who is the present chair of the executive committee. One of the many things I did at the community was to help the cook in the kitchen. This together with cooking in the guest house led to my interest in and development of culinary skills.

Also at this time I became a lay preacher and pastor in the United Reformed Church in the Danbury area of Essex.

I have four children by my first wife Sylvia. Andrew the eldest sadly died at the age of 28 with a heart problem. He had qualified at Reading University in Agricultural Economics, and at the time of his death was studying to be a homoeopath. He is sadly missed by all the family.

Malcolm, the second eldest, served for many years as a Police Officer in the Met, retiring in 2014. During his time as a Sergeant, he was team leader to a mixed police and social work team involved in community and youth work. He obtained a degree in Marine Biology during his time in the police and has recently completed a doctorate in that subject, specialising in oysters. He is married to Angenita with two step daughters Matilda and Anabel, and two sons Callum and Jonathan.

Janet, my only daughter, lives with her husband Hugh in Navestock, Essex. They have two sons, Matt and Barney, both of whom play rugby and cricket to a high standard. Janet spends her time keeping chickens, shooting and fly fishing,  and working part time in the Secret Nuclear Bunker at Kelvedon Hatch, Essex. She also runs the 1st Navestock (Secret Bunker) Scout Group, which is sponsored by Mike who owns and runs the Secret Bunker.

Peter, the youngest, lives in south London and has taught Technical Studies in various secondary schools. His speciality is IT, but he has taught and is proficient in cooking, needlework, woodwork and metalwork, in fact any manual or technical subject. This facet of his character is, I believe, inherited from my father who was a plumber, electrician and glazier, and was also skilled at technical drawing. Peter has three step daughters, Sarah, Samantha and Carla, and a daughter Rachel with his former partner Helen. At present he is studying for a diploma in fine arts and hopes to turn this into a post graduate qualification. His eldest step daughter, Sarah, and David, her partner, have recently made him a grandfather (and me a step great grandfather) with the birth of their first daughter, Scarlet. Peter has also set up a facebook page for my books and, with his IT skills, helped me in many ways with my publications.

During my time as at Chelmsford I was an occasional lecturer and postal tutor for  the College of Estate Management at Reading University, and wrote several study papers for them and a technical book on Civil Engineering Measurement. Since moving to Spain, I have written several short stories, some published in local English language magazines, and two full length books, both as yet unpublished. I have always been an avid reader but several years ago developed Age Related Macular Degeneration, which made reading first difficult and then eventually impossible. Then I discovered Kindle, and thanks to its ability to enlarge the print size, have once more been able to read. It was through Amazon Kindle that I discovered that you could self publish both e-books and paperbacks. Therefore, together with Wendy, who types and edits my work and puts it on Amazon, we published a collection of my short stories, 'Andalucían Mysteries'. Since then it has been translated into German and Spanish. A second collection, 'More Andalucían Mysteries', was published and also translated into both languages.  Since then a 3rd book 'Twisted Tales' was published, followed by 'East Side Stories', a collection set completely in England, from Hadrian's Wall to the Thames. The next book was 'Sedella - the story of a s Spanish village', which was a new venture for me as it is a mix of historical fact and fictional stories. In due course we also plan to publish a full length book, provisionally titled 'The Queen’s Agent'.

I chose to write mystery stories as I have read more of this type of fiction than any other. Over the years I have been inspired first by Chandler and other writers such as Margery Allingham, Agatha Christie and Dorothy L Sayers. More recently I have added Michael Gilbert, Geoffrey Household, Ann Cleves, Ellie Griffiths, Ruth Rendell, P D James, Ian Rankin and the like to the list. I have always been a fan of the short story format and used to be a regular reader of the now sadly defunct Argosy magazine. 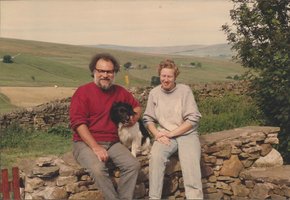 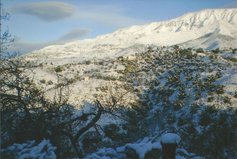