This short story, which is free on my webpage at this link here and at the minimum price possible on Kindle (click here - amazon won't let me put it on for free), is published as a thank you for everyone who has bought one or more of my books – as a preview of the forthcoming new one Twisted Tales (which has stories set in England as well as Spain) – and also as a free story for anyone else just to read for their own pleasure.

It is set in the north east of England in Cleveland, Yorkshire, a place where I grew up in the 1950’s, a time also that I knew well. Unlike most of my other stories the places mentioned are actual locations not disguised or fictionalised. All the characters however are fictionalised and bear no resemblance to any actual person alive or dead. The story also is pure fiction and a figment of my imagination.

The story is dedicated to my grandchildren who I hope will enjoy it.

Once again I am indebted to Wendy for publishing it and to Peter for creating the webpage.

The Othona Valediction & other stories

This ‘mini book’ of three short stories, free on my website (click here) or from Amazon (click here) as was ‘6.10 from Darlington’, is once more offered as a thank you to anyone who may have bought any of my previous books. It is also, I hope, for anyone to read just for pleasure. It is once again a forerunner of another book of short stories that I hope to produce in the near future. Keep an eye on my website for details of that.

Two of the stories also indicate a slight change of style.

‘Casualty of War’ is more of a romance than a mystery story. It is set in my home village at a time when it was just that, before it was expanded to almost join up with the two small towns on either side. Although unnamed, it will be easily identified by anyone from the Teesside area of Cleveland in North Yorks.

‘The Othona Valediction’ is set around the small Saxon chapel of St Peter’s on the Wall, at Bradwell-on-Sea in Essex, and also the Othona Community. For anyone who wishes to know more of the history of the chapel, it can be found by looking on Google. A link to the Community can be found on my website.

The third story, ‘Winterfest’, once again follows the actions of DI Andrew Farthing and his sergeant, Penny Collingwood. Stories about them have appeared in all 3 of my previous books.

I am indebted to Kevin Bruce for the picture of St Cedd’s in moonlight, which is the cover picture.

All characters in the stories are fictional and not based on any real people, with just three exceptions. A story set in the Othona Community couldn’t be written without mentioning its founder, Norman Motley.  Martin and Tim, who are also mentioned in the text (with their consent), will be known to many who read this. 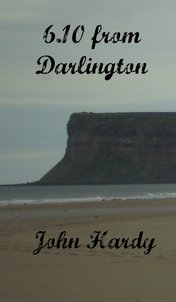 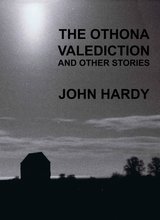 EARRING MAN IS A SHORT STORY PUBLISHED IN AUGUST 20 BEFORE THE PUBLICATION OF Pi - 3.14 STORIES. CLICK HERE TO READ IT

BLOOD HARVEST IS A SHORT STORY, PUBLISHED IN JULY 20 BEFORE THE PUBLICATION OF TWIN COUSINS. CLICK HERE TO READ IT.

THE WAKE IS A SHORT STORY, PUBLISHED IN SEPTEMBER 19 BEFORE THE PUBLICATION OF SUFFER THE LITTLE CHILDREN. CLICK HERE TO READ IT

FULL CIRCLE IS A SHORT STORY IN 4 PARTS, PUBLISHED DECEMBER 18 BEFORE THE PUBLICATION OF DRIVEN BY CONFLICT. CLICK HERE TO READ IT

THE HELMET IS A SHORT STORY, PUBLISHED IN 3 PARTS IN OCTOBER 17, BEFORE THE PUBLICATION OF THE QUEEN'S AGENT. CLICK HERE TO READ IT

DOUBLE JEOPARDY IS A SHORT STORY, PUBLISHED IN 5 DAILY INSTALMENTS IN MARCH 2016, BEFORE THE PUBLICATION OF EAST SIDE STORIES. CLICK HERE TO READ IT