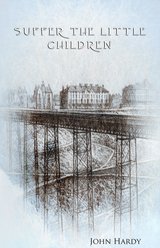 This is a story of crime, suspense, intrigue and romance that takes place in Teesside and North Yorkshire in the exceptionally cold winter of 1946/7 in the aftermath of the 2nd World War. Lewis Sudbury, an ex-SOE agent who was a British spy in Berlin, is trying to forget the trauma of that time. He takes up a position as a teacher in a boys’ grammar school in Redcar, where shortly after he starts there one of his students and his sister go missing. Then the bodies of two more children are found in the nearby moors. Lewis liaises on behalf of his school with the police on both cases. Meanwhile, a former SS officer is seeking revenge on him and both MI5 and MI6 become involved. The climax occurs on the February day when blizzards brought the country to a standstill.