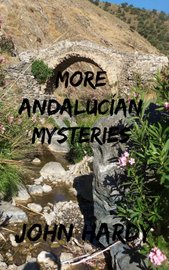 The stories contain murder, extortion, robbery, obsession, child abuse, identity  fraud, people trafficking and other dark subjects, but usually with a light touch and in many cases humour. In some there is a sense of uncertainty and ambiguity as to the actual events. All have a twist in the tail. 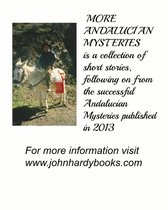 The stories are all fictional but some of the events or places around which the plot revolves are based on actual events or real locations. One example of this is the interplay in the bar between the young barman and the English diner in ‘Happy Families’.

With the exception of such places as Málaga, Torre del Mar, Nerja and Vélez Málaga, all the village names are fictitious, though some are based on an actual location or even a combination of more than one.

There is one exception to this. In ‘Only a Painting’, Finca El Cerillo near Canillas de Albaida is a real location, and Sue, Gordon, David and Christine are real people. When I outlined the story to them they wanted their actual names to be used. The hotel is as described in the story a first class place in a lovely setting, well worth a visit. To my knowledge however there has never been a body in their pool, or a murder committed on the premises. 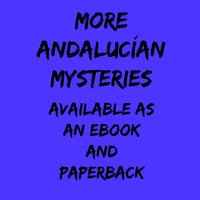 All the stories  together try to give a picture of the area, from the beaches of the Costa del Sol into the mountainous hinterland. The day to day life, the fiestas and the interplay between the local populace, the ex pat community and the hordes of holidaymakers who together inhabit the region. The dark background  is of course entirely of my making, as are any factual errors in the plots. For both of these I apologise.